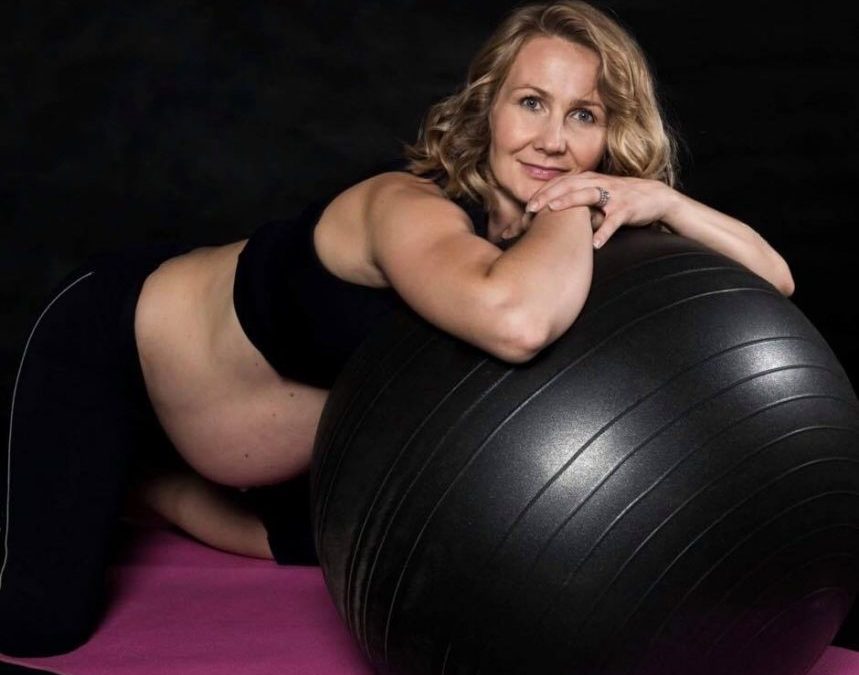 During this trimester, my training has changed the most. I dropped the weights and I also reduced the days I trained, especially later in the trimester. This was a combination of lack of energy and being busy. So through most of my pregnancy I trained four days a week (sometimes three and sometimes five), but from about 34 weeks it was more like three, sometimes two. And I didn’t feel guilty about it.

I dropped the weights to work to my weakest link – my pelvic floor. During my third trimester, I started to experience a bit more heaviness in my pelvic floor, especially if I was on my legs for a long time. Saying that, I haven’t been wearing my pessary that much, and when I saw my women’s health physio at 35 weeks, she recommended me to definitely use it on the days when I’m a lot on my feet. And that really helped. Heaviness went away.

The reason why I didn’t use the pessary that much was because I experienced some bleeding after taking it out couple of times. I checked it with my midwife, and she said that’s just because everything is more sensitive, but there is nothing to worry about. However, when you are pregnant, you don’t really want to see any blood on your underwear. So I tried to avoid using it. But, as it turned out, my pelvic floor felt better with the pessary than without (and luckily I didn’t have any more bleeding).

On the good note, when I saw my physio at 35 weeks, she said that my pelvic floor is still nice and strong (woohoo). And what makes me even happier when I think about this pregnancy is that I haven’t really experienced incontinence, which is awesome (let’s hope it will stay like that post-birth).

I did suffer from some back pain, though. However, what really helped was a lumbar support cushion (I used it mostly while driving) and lower/upper back stretches.

I have to admit that my nutrition during this trimester could be better. And it’s not that I was eating for two or eating bad food. I actually didn’t eat enough. That’s not what I planned; I was just busy (excuse I always hear from my clients) and often unprepared or just tired (probably I would have more energy if I ate better). I ate lots of fruit (with that I’ve been consistent during my whole pregnancy), but I definitely didn’t eat enough proteins. My dinners often were similar to my son’s (unless hubby was at home) so that meant simple protein like chicken or fish and just veggies cut on the plate (couldn’t even be bothered to even make a salad).

Mentally, though, I think this trimester has been the best. As I looked pregnant and I could really feel pregnant, not doing certain exercises and dropping the weights didn’t really bother me that much. Same in terms of body image as you could tell I’m definitely pregnant; I just embraced it. I didn’t think as much about the muscles I’ve lost, getting cellulite, etc. What probably also helped was not having a full-length mirror for the most of my third trimester (we were doing little bit of redecorating before the baby, and we removed our wall mirrors and didn’t get the new ones till pretty much the end of the pregnancy). So I couldn’t check myself out and think about the things I don’t like about myself (life is too short for that anyway). I put my energy into nesting, organizing storage, and shopping for the baby-girl clothes ☺.